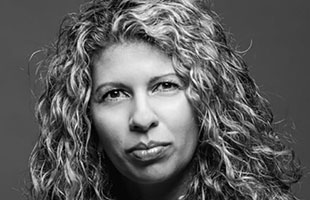 Brenda Gilbert is the Co-Founder & President of BRON Media Corporation, a company that she built with her husband, Aaron L. Gilbert. As the President and Board Member of BRON Media Corp., Brenda leads an executive team that oversees and manages all of the company's worldwide initiatives. The Vancouver based parent company has offices in Los Angeles, New York, London and Toronto, operating global divisions: BRON Studios, BRON Creative, BRON Animation, BRON Releasing, BRON Digital, and BRON Life. Previously, Brenda lead as the President of BRON Animation, where she produced and delivered the original animated film The Willoughbys to Netflix. Currently, her focus is on BRON Life, the company's non-scripted division, where she's passionate about helping those in need. Brenda also dedicates time to BRON's charitable initiatives and on being BRON's ambassador to the world. She sits on the board of Film Independent, was the track chair for mentoring initiatives with Woman in Animation, an Advisor to the Vancouver Film School, and La Salle College, plus volunteering time with Vancouver Community College. Over the course of her 20 years in the media and entertainment space, Brenda has produced, or executive produced several animated and live action films including the award winning The Birth of a Nation, Henchmen, Red Sea Diving Resort, All Rise, Assassination Nation, and The Nightingale. BRON's films including Fences, Joker and Bombshell have received a total of 19 Academy Award nominations and 4 Academy Award wins.