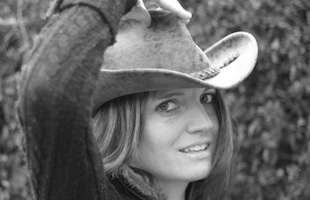 Jericca Cleland is a film director, writer, and cinematographer. She is widely respected
and sought after as a consultant in story, film development, and visual storytelling and has
strengthened numerous highly recognized film and media projects.
Cleland developed as a filmmaker at Pixar Animation Studios, where she designed the
filming and staging of the popular and ground-breaking films Finding Nemo and Toy Story 2
while maturing a keen sense of story and a strong visual aesthetic.
Jericca’s work as a cinematographer continued with her work on Space Chimps and
Escape from Planet Earth. She was then the Consulting Cinematographer for the critically
acclaimed film Arthur Christmas and the Co-Director of Ratchet & Clank.
From 2014 through 2019 Jericca served as a Co-Executive Director for 'Team Generous,'
an annual charity event. Since 2015 Jericca has also served as the CCO of Nørlum. While
here, Nørlum served as co-producers for the Oscar-nominated animated feature Song of the
Sea and award-winning Longway North. Jericca was also the Director of Photography for Leap!
In this role she designed the colour and lighting for the film. She also served as a creative
consultant on The Breadwinner.


Jericca is a member of the Academy of Motion Picture Arts and Sciences, an accredited
Cinematographer with the Canadian Society of Cinematographers, and is an International guest
speaker, keynote speaker, and master class teacher. She is also a present guest instructor with
The Animation Workshop.