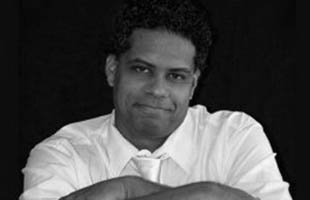 John Mahoney worked as a visual development artist for Disney Feature Animation on films including Atlantis: The Lost Empire, Treasure Planet and The Emperor’s New Groove. During his time at Disney he contributed to a total of 10 feature films. Since then he has pursued his passion as an independent filmmaker. John has produced more than 20 short films and two independent features. He has directed numerous documentaries on such prominent people as Doug Chiang, designer of the new Star Wars films, and Tyrus Wong, designer of Bambi. He has also taught such diverse classes as figure drawing, sculpture, film design, storyboards, stop motion animation, and character design in the United States as well as in Singapore and Taiwan.
John's illustration work has been showcased in Spectrum and the Best in Contemporary Fantastic Art. The release of the book will mark the launching of the Exhibition Tour starting in Miami, then New York, Los Angeles, Amsterdam and London. John has also had several gallery exhibitions around the Los Angeles area, including a one-man show at the Pacific Asia Museum in Pasadena.
John Mahoney is a graduate of Pratt Institute with a BFA in Illustration. He works in Los Angeles as a concept designer, an independent filmmaker, and a professor at CalArts and USC.