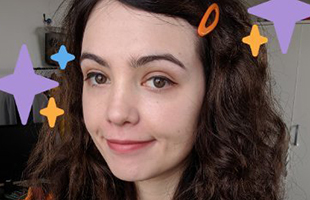 Hi all! My name is Bianca Iancu and I'm a 3D Animator based in London, UK with experience in shorts, games and television. I've helped breathe life into the short film Aria for a Cow for Disney animator Dan Lund, provided effects and character animation for indie game titles like They Suspect Nothing and Shadow Point and been entrusted with animating the treasured Go Jetters TV series for the BBC. I have previously contributed to Games TM Magazine with advice for animators looking to make their start in games and am ocasionally a guest speaker for NextGen Skills Academy. I've grown as part of the BAFTA Crew Games programme and am currently a mentor with Animated Women UK as well as Access:VFX. I often like sharing new knowledge and opportunities with others on Twitter and would love to expan[...]
Read More